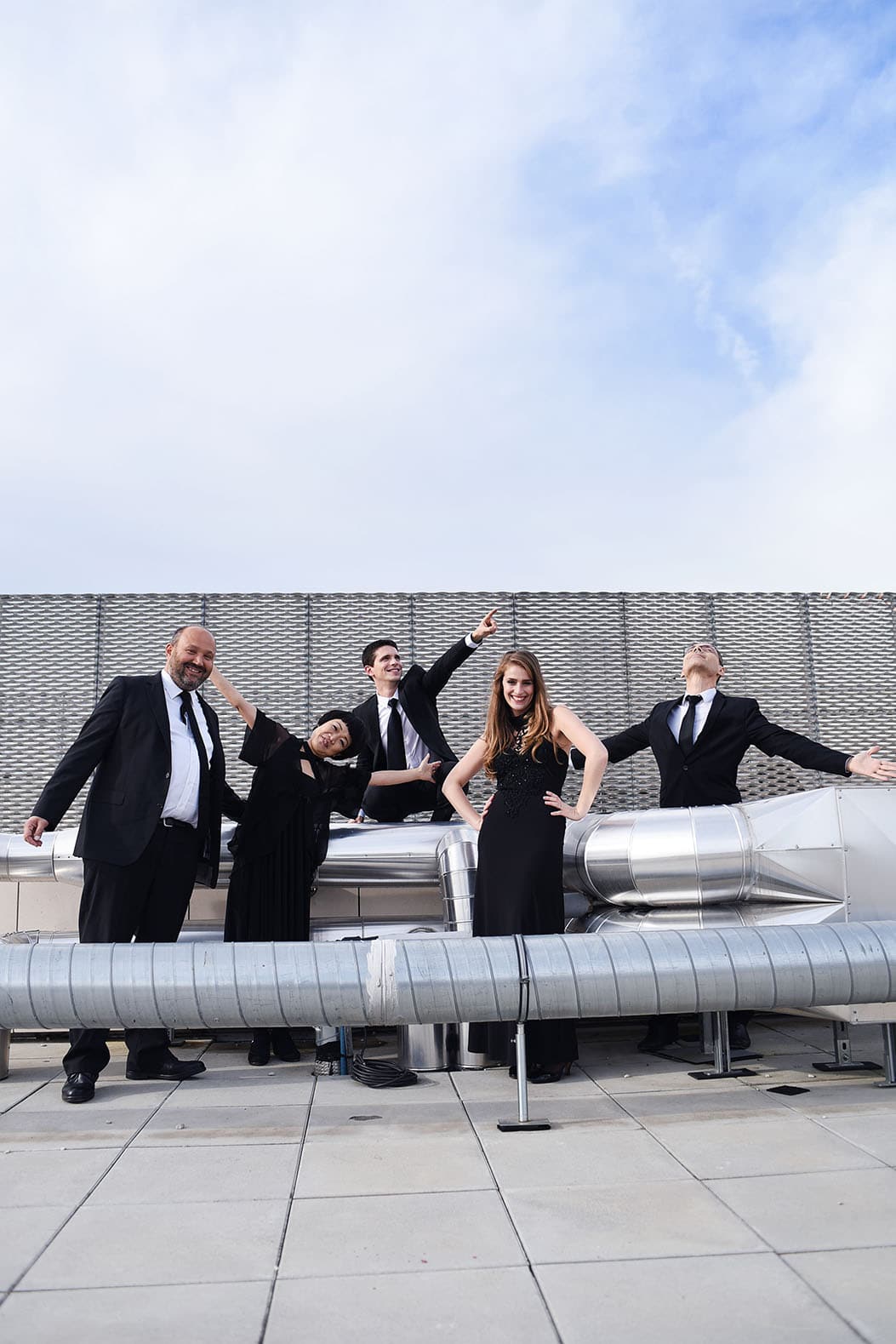 The encounter of five musicians of different sensibilities and cultures led to the forming of ArteCombo in January 2007. Nonetheless the fact that it was the laureate of the 6th edition of the “Henry Tomasi” international competition of Marseille, the ensemble remains atypical in the chamber music circles, notably distinguishing itself with its innovative musical choices and with the iconoclast artistic collaborations it undertakes.

Besides its intrinsic qualities of wind quintet, ArteCombo remains open-minded and curious; therefore, the ensemble is always in search of different artistic and musical universe and often receives offers to perform in auditoriums and festivals that have varied programming: from the glamour of the Festival de Cannes to the warmth of the International Popular Meeting of Glomel, from the harsh music of Claude Vivier to the comical touch of Luciano Bério, from the playful universe of film music to the magic of musical tales, from the Périgord region to Japan; ArteCombo plays around, shares its music, enriches its experience and walks on joyfully on the path across.

Already dedicatee of several pieces, ArteCombo – which is an ensemble that is especially sensitive to the developing of music for wind instrument – is also a backer and chooses to bring its contribution to musical creation as much in the revitalization of the soloists and harmonic orchestras’ repertoire as in the mixing of diverse cultural and artistic universe, thus merging, for example, traditional Japanese theatre and contemporary music.

Still, the younger public does not feel indebted to the activities of the ensemble: along with its educational performances in schools or conservatoire of music, ArteCombo created the « Caravane Gazelle » show, with Olivier Calmel’s music and Florence Prieur’s text, played by the comedienne Julie Martigny and staged by Illich L’Hénoret. Since December 2010, « Caravane Gazelle »’s CD is available under Hybrid’music editions.